In classical Athens, Pnyx was the gathering place of the Citizens Assembly (the Ecclesia in greek, meaning the people of the city and later in history, the church). The actual word ‘pnyx’ means density, the gist of the city. The Athenians of the democratic era, took all their important decisions on that rock. They met in the open air and faced the tribune carved on the rock.

Today we see what the remains of the refurbishment of the meeting place in 345-335 BC when a large stepped speaker’s platform was quarried out of the ridge.

The Pnyx can be visited during the Ancient Agora and flavours of modern Athens tour : 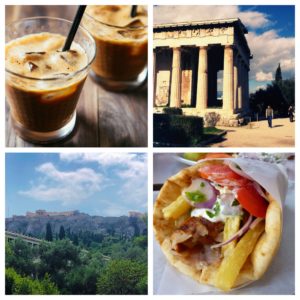